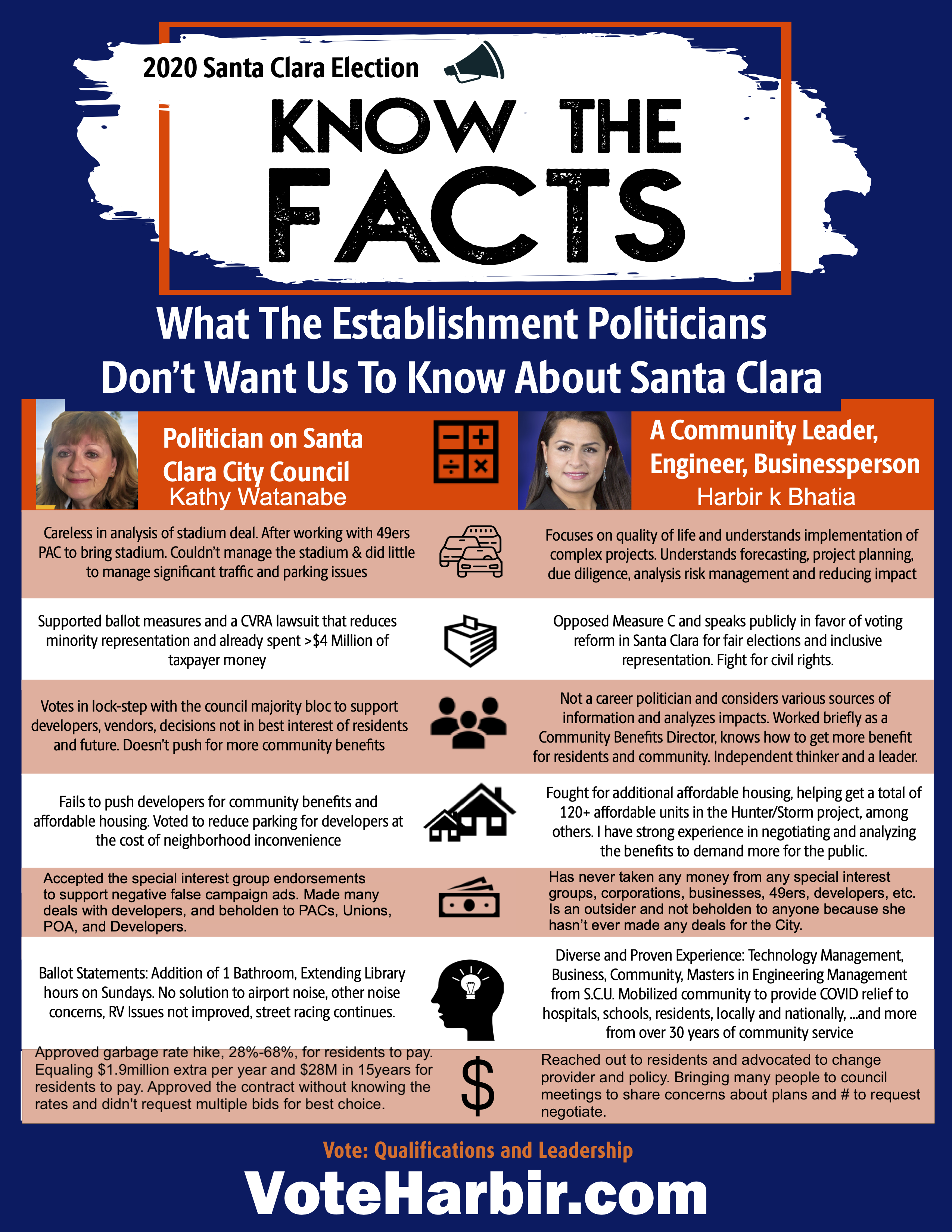 The Majority Council bloc doesn’t want you to know the details. Over the past 4 years, the actions and votes by the opposition have put us at risk of a financial crisis & significant impact on the quality of life, especially in Northside, Santa Clara.

Know the Facts on the False Attack Ads

Text of the brochure.

A. DIRECT IMPACT ON QUALITY OF LIFE